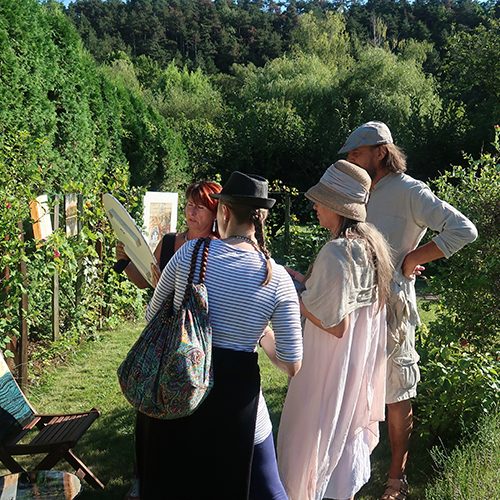 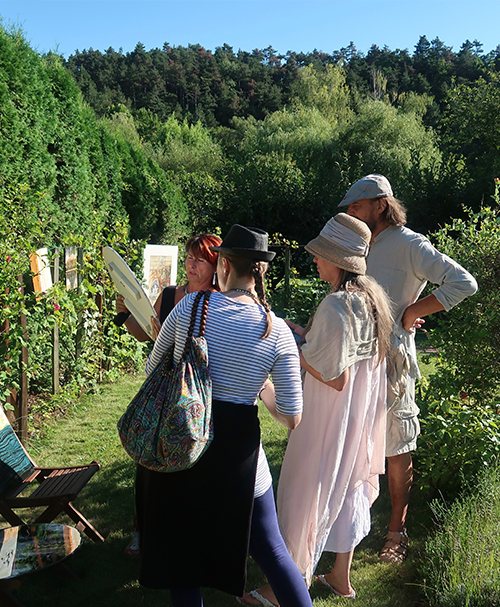 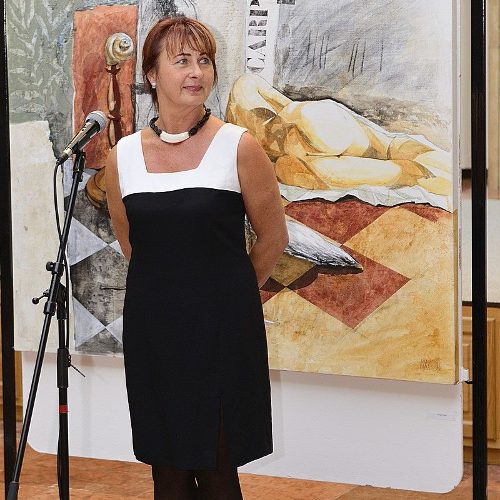 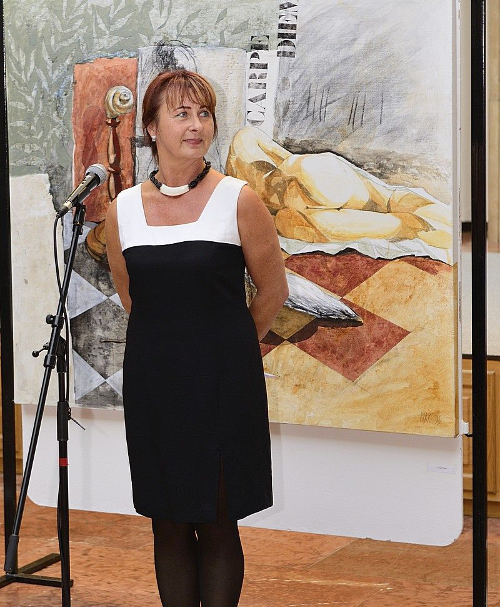 Galleries in the Netherlands, Belgium and Hungary regularly exhibit her paintings, a few outstanding events from the long list:

OPENING SPEECH FOR THE EXHIBITION OF PIROS B. HEGEDŰS ON 13 MARCH 2004 IN THE HOUSE OF THE ARTS UNDER THE TITLE DUET OR DUEL

In order to understand the essence and special topic of this exhibition, we have to recall an important episode in the life of the artist, B. Hegedűs Piros, which impact is felt till this day. The moment she stood on the main square of Antwerp, fighting her tears and then decided to spend a few years of her life in the Flemish country. Although the aspects of the heart certainly played a significant role in her decision, then, or later, she may have reconsidered many times that with his determination, Hungarian cultural history went his way. Guilds and Protestant preachers who seek the secrets of the craft on the roads of Europe, and poets, painters, sculptors, and other creative peoples who line up distant towers in a row, dizzy, sad, and then fall into the dust. If she thought about it, she thought it through.

Take a look at my paintings

Visit my gallery in Veszprém and choose from my paintings on open days or at a pre-arranged time: Hungary – 8200 Veszprém, Veszprémvölgyi street.
Contact me